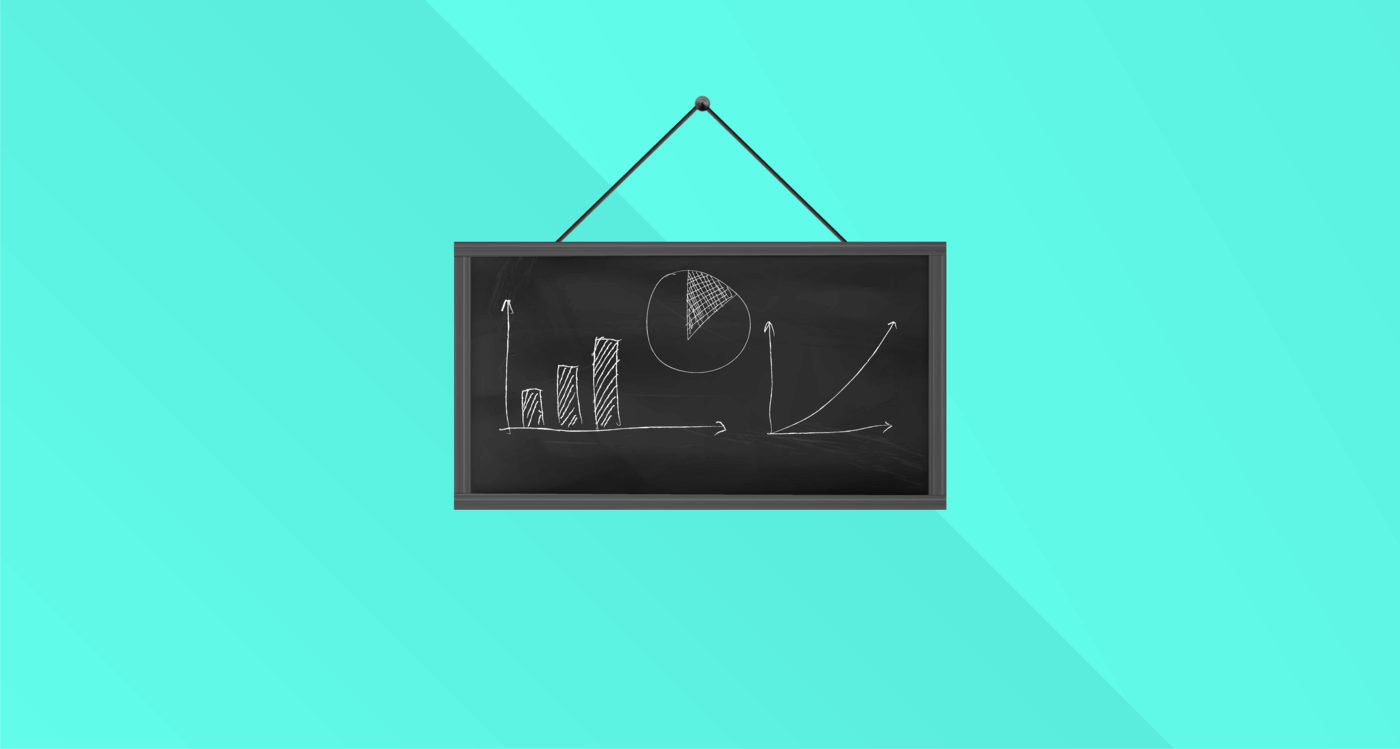 I have been using Pushground for more than half a year now. During the month of June, I thought it would be a good idea to test a new offer, this time an antivirus/cleaner, since this vertical has experienced a boom during this last year.

Although antivirus offers are very popular right now, it quickly became a challenge since there’s a good amount of competition for this vertical. It was not clear to me which GEOs I should target, so I tested lots of them before deciding on just one, the one that I finally focused my offer on.

My earnings from this offer came from in-app advertising, through the monetization on Google AdMob.

The first step I took before starting to work with Pushground was getting to know my personal account manager. Mine was Irina and she provided me with the best advice during the testing phases and also helped me with optimizing them. I got acquaintanced with the basics of the platform and her insights helped me a lot throughout the process.

In my case I was launching a campaign in the Push Notifications format. To be more specific, I’m working both with Binom tracker and Pushground’s stats panel.

At first, 25-30 GEOs were launched, approximately, with a total budget of $1500. After testing them, the US proved to be the most promising one for this specific offer.

The first US campaigns were launched during the first days of work, based on the recommendations that Irina gave me. I started at low bids in order to see what kind of traffic I was getting, and to understand the principles of optimization.

Both the text and the creatives were selected specifically for our offer. We decided to go with the simplest possible texts without unnecessary aggression and clickbaiting, in order to not get blocked from Google. One of Pushground’s features is the possibility to add up to 10 creative options in each campaign, as well as different texts and descriptions. You also have an option to tick a box for Auto-Optimizing your creatives.

I then launched the first US campaigns, and despite not having the highest volumes, the performance was quite high, with a Conversion Rate varying between 5% and 7% and a ROI up to 35%.

It sounds good now, but before achieving these results I faced several difficulties. The launch of the very first campaign was carried out without any blacklist or whitelist, and the bids were very low. This meant lower volumes than desired and although the results were already positive, the volumes were not enough to completely understand the quality.

The first analysis of the obtained data showed great potential in the US.

The next step was scaling, and here the first difficulties appeared.

The traffic source was delivering conversions at a low CPC, but the payouts were not high enough. With the CTR increase, the amount of traffic did not change much; many tests were then launched in order to work with different traffic sources.

Over the next couple of weeks, tests were conducted with bid increases, targeting changes, creative quality checks and campaign relaunches.

Between the period of 14 July 2021 to 09 August 2021 I was constantly analysing the traffic sources (supply ID and site ID), their quality and volumes.

After a detailed analysis, on August 9th 2021, about 5-10 best Site IDs were selected, and a new campaign was launched. That same day the number of conversions increased.

Since this new approach showed a positive result, I began to work on other traffic sources in search of better quality resources with a large volume of traffic.

In the next test I lost Supply ID 367. After the traffic pursuit, I experienced a severe loss of it, around 80%-85%. I immediately contacted my account manager so she could check the resource, and for the next three days we were trying to discover together why this had happened.

The supplier was suggesting that the creatives and bid on my campaign were not good, as well as the CTR, but at the end, my manager confirmed a strong decrease in the traffic from that source, after which the cooperation between Pushground and the source stopped.

As you can see on the next image, I was narrowing my campaign a lot, by site id whitelist. This means that I almost cut off all traffic for this campaign, but I managed to get profit from it with a competitive bid.

Next you can see the traffic decrease from that supplier.

The next week was quite difficult, as it was necessary to restore all the traffic very quickly, with a very low payout per conversion. I struggled with finding a new traffic source, so it was for sure a challenging week.

The loss of traffic gave me an incentive to develop new strategies and look for new sources of traffic. At this point I really appreciated the support of my manager, otherwise it would have been much more challenging. She helped me a lot by giving me detailed insights on the Pushground traffic, which reflected a growth both in Conversion Rate and Earnings!

That’s the insights page that Account Managers use in Pushground.

This analytical research was a valuable resource for me to develop a consistently profitable strategy, which was a vital step in my journey to becoming a better income-earner.

When looking for insights with my manager, new potential traffic sources were obtained and I did more testing. I then decided to change the approach , both in terms of targeting and bidding. As a result my income increased by 3 times and the ROI doubled from 35% to 70%. The next step for me was scaling the budget.

In my first week after starting to scale budgets, I earned a total of $131,12.I have been scaling my campaigns every week since then, slowly but consistently.

First row of data shown in this table is from the week before losing supply ID 367.

The second row shows the data after that, when I started to recover my campaigns.

The costs have more than tripled, as well as the traffic volume. But, most importantly, the level of income also increased. At this moment (October 2021), my personal net earnings from this campaign are between 35$-50$ per day. For some it might seem like a small amount of money, but it’s consistent net income and growing every day, slowly and carefully, especially knowing that I’m targeting the US, which has a lot of competition and high prices.

At this moment I can also say that the CTR varies around 0,12% in this campaign, which is average throughout Pushground. The conversion rate is very good at this point, 12,62%.

1. The United States is a difficult country to work with, where the competition is massive and the prices much higher than other countries. But there is also a big advantage, and that’s the potential of it.

2. If you are able to find the right offer and make it profitable, even if your earnings are just a few bucks every day, you’ll manage to scale it and earn a little bit more every day.

3. It’s also important to have a fluid contact with your manager, it doesn't matter if you’re a newbie or an experienced marketer. They know their traffic sources more than anyone, believe me.

4. What I also think was a correct decision, was to start with low bids and low traffic volumes, and make strategies from there. I got different levels of traffic volumes and quality at first, and I gradually improved my campaigns.

5. The most important thing I learned from all this time is that there are never too many tests! The more tests, the faster you understand how Pushground works, the faster you realize the possibilities of the traffic and the faster you develop your own approach. 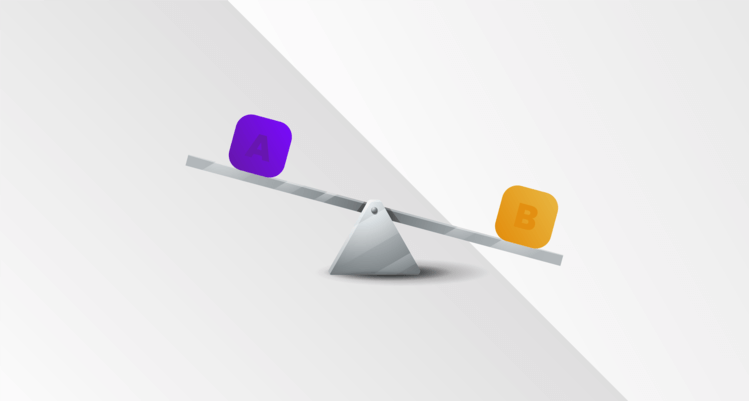 Improve your campaigns with A/B Testing 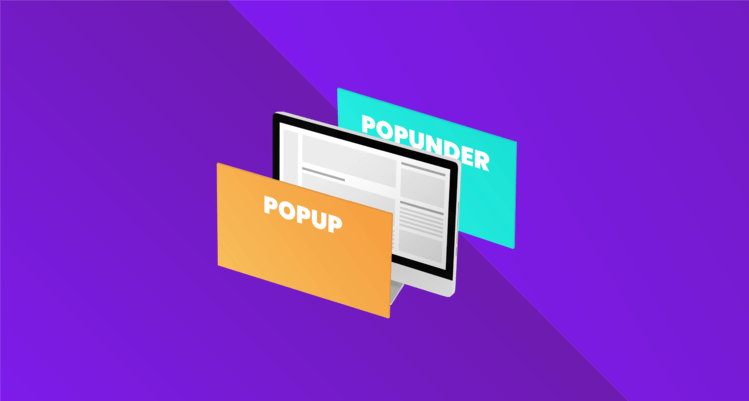 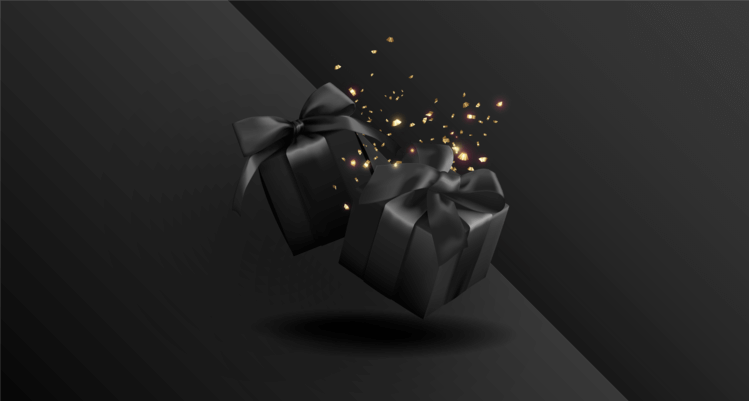 Discover how to promote your offers this Black Friday